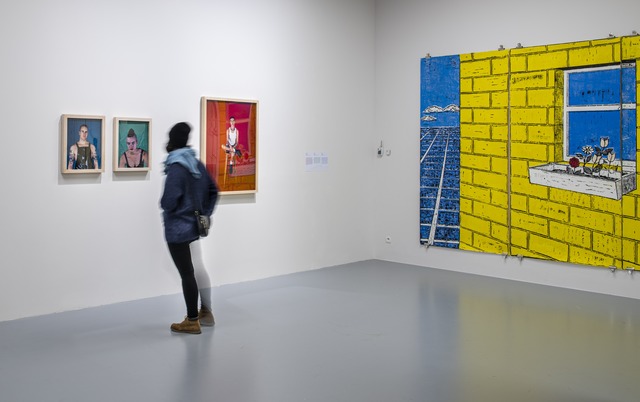 Catherine Opie’s photography from the 1990s can be seen in the art historical traditions of Renaissance and Baroque imagery in Europe, often placing her subjects centrally, with vivid lighting and luminescent backgrounds. Her series Portraits (1993–1997) are amongst her best-known works, which portray members of queer communities, including drag kings, crossdressers, and female-to-male transsexuals, in Los Angeles and San Francisco. The works were produced during the era of the ‘culture wars’ of the late 1990s in the U.S., which polarised society on key subjects of socio-political relevance – including abortion rights, religion, sexual freedom, censorship, guns, property and privacy – along ideological lines between ‘progressives’ and ‘conservatives’. Opie’s portraits have provided visibility to individuals and communities that have historically been marginalised in society. The politics of identity have brought aesthetics and politics into civil discourse, of which the visual arts have played a leading role, demonstrating that visual culture can be significant in debates on society and equality.