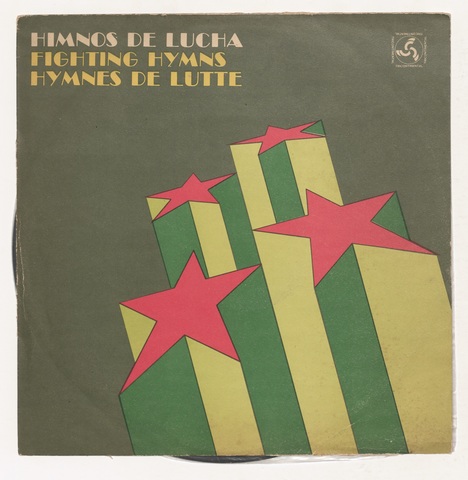 This vinyl record contains revolutionary hymns and songs from North Korea, Vietnam, Cuba,Algeria, Guinea and Cape Verde, Guatemala, Palestine and the Dominican Republic, as well as the anthem of Tricontinental and the anthem of the 26th of July movement – which is a Cuban vanguard revolutionary organisation. The name refers to the date of the attack on the army barracks in Santiago de Cuba led by the young Fidel Castro in a coup attempt against the dictator Fulgencio Batista.