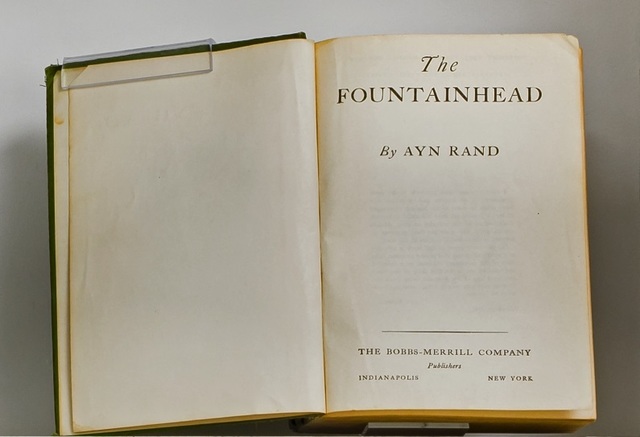 Ayn Rand’s first major literary success and a powerful praise of individualism, The Fountainhead tells the story of Howard Roark, a modernist architect. A perfect symbol of Rand’s vision, Roark stands against authority, rejects the compromise of collective opinion,and places nothing above his own creative vision and independent rationality. Acting according to his convictions, he destroys one of the projects he was involved in to preventthe distortion of his original vision. In the end, his powerful speech about the value of individuality and integrity release him from arrest and any charges. The story unfolds through, as Rand puts it, “a demonstration of how the principles of egoism and altruism work out in people and in the events of their lives”. Other characters serve to distinguish independent and creative individuals and those described by Rand as “second-handers”. The novel and its core idea of man’s ego as the fountainhead of human progress laid the foundation for her philosophy of Objectivism. The book still attracts many new admirers and enjoys lasting influence, especially among entrepreneurs, American conservatives and right-wing libertarians.