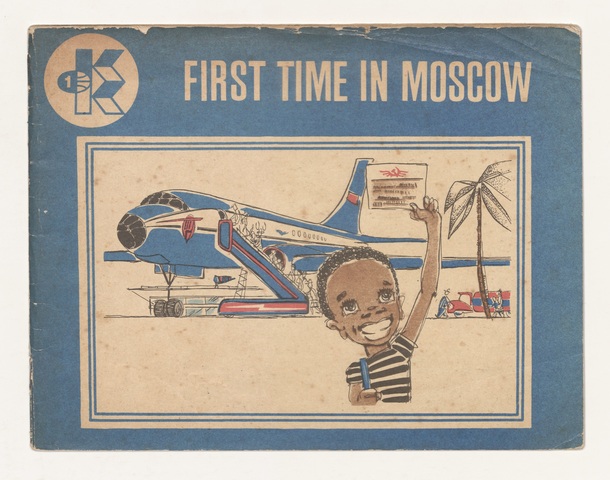 Published in 1975, and presumably aimed at children across Africa, the book tells the story of a fictional African child called Dudu, who was given a free trip to Moscow as the winner of the contest 'Who Knows the Soviet Union Better?', sponsored by the Novosti Press Agency. Through impressive photographs of views of the Soviet capital along with drawings and short commentaries, the subsequent pages describe the Soviet contribution to Africa, the grandeur of historical and Socialist architecture, Moscow’s main attractions filled with crowds of tourist, the role of Soviet forces in the Second World War and the respect towards the founder of the Soviet State, Vladimir Lenin. The story of this young African in Moscow ends with Dudu going to meet his elder brother who is a student at the Patrice Lumumba Friendship University in Moscow. The patronising and romanticised tone of the book makes it a striking example of propaganda material created in the USSR under the “International Friendship” policy introduced by Khrushchev and which continued through the later Brezhnev era.