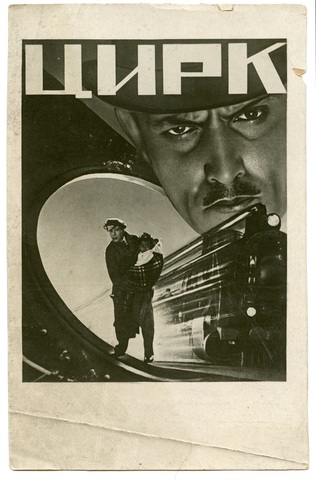 This advertising postcard features a scene from the popular Soviet melodramatic musical film Цирк (Circus) released in 1936. The film tells the story of an American circus actress who flees from racism in the US after giving birth to a black child. Embraced by the friendliness of multi-ethnic Soviet society, she and her son eventually find their happiness in the USSR. The reverse side of the postcard has the lyrics and music score of the most famous song in the film: Song of the Motherland

Wide is my Motherland,
Of her many forests, fields, and rivers!
I know of no other such country
Where a man can breathe so freely