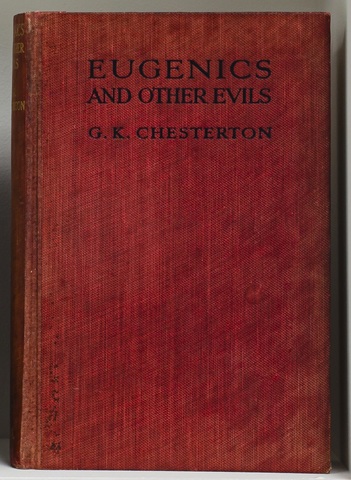 Chesterton was an English writer, a Christian apologist, and staunch opponent of eugenics, engaged in both political debate and public action. His book is a significant, but rare example of anti-eugenic essays circulating at that time in Britain. Chesterton attacked eugenics just as Britain was moving towards passing eugenics legislation against the 'feeble-minded'. He predicted the abuse of eugenics and believed that it would be used as means of suppression of the poor. Even though Chesterton was accused of irrationality because of his ideas, the book had a considerable influence on British parliament. The Mental Deficiency Act, which considered the institutional treatment of people deemed to be 'feeble-minded' was passed in 1913, but the subsequent calls to amend the bill with legislation to sterilise such persons, never gained popularity. Despite the fact that the movement of eugenics was founded in Britain, the eugenics legislation as it was introduced in the United States and later in Germany was never passed in Britain.