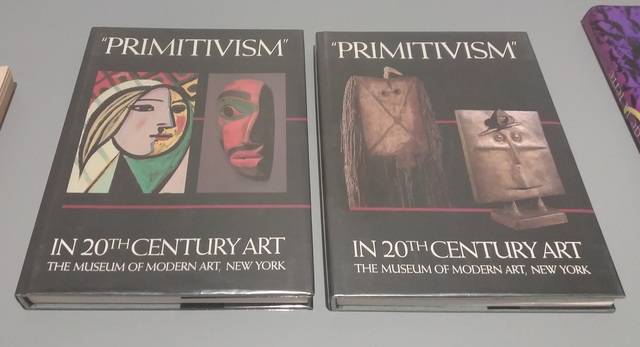 "Primitivism" in 20th Century Art: Affinity of the Tribal and the Modern, 1985

The exhibition "Primitivism" in 20th Century Art: Affinity of the Tribal and the Modern, was led by William Rubin and Kirk Varnedoe at MoMA in 1984. Having juxtaposed tribal and Modernist artworks according to their formal resemblances, it was extensively criticised for its valorisation of Western art practice at the expense of the so-called “primitive” one. Having been deliberately denied any anthropological, ethnographical, and even historical contextualisation, the “primitive” objects were displayed alongside masterpieces of the twentieth century in their innocent aesthetic “primitiveness”. This compelled some critics to argue that instead of revealing the mechanisms of imitation and appropriation of tribal art by Western modernists, the exhibition represented “the idea of an underlying affinity between Western artists and “primitives” to demonstrate “the universality of the Modernist canon” (Thomas McEvilley). The extensive and lavishly illustrated two-volume catalogue, edited by Rubin, further develops the Eurocentric myth of the linearity of art history.