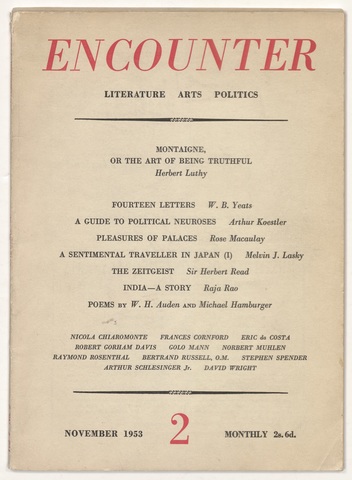 Encounter was the most successful magazine, published by the Congress of Cultural Freedom. It was founded in the United Kingdom in 1953 by English poet Stephen Spender and American journalist Irving Kristol, who is often described as the'godfather of neo-conservatism'.  A monthly journal of literature, arts and politics, Encounter published the works of a wide range of international writers, poets, critics, philosophers and journalists from both sides of the Iron curtain. The column on politics, however, had a distinctive anti-communist and anti-neutralist sentiment, as well as general support of American foreign policy and the U.S geopolitical interests.